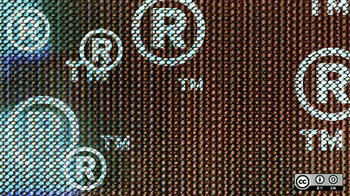 “MIRANIUS” VS. “MIRA” CASE:TIMELY PAYMENT OF THE 10% SURCHARGE IN OPPOSITION PROCEEDINGS BEFORE THE EUIPO

According to Article 41(1) EUTMR a notice of opposition can be filed within 3 months from the publication of the EUTM application. The opposition may be duly entered only if the fee has been paid. If the fee is made after the expiry date the full amount is refunded to the payer. According to Article 144 (b) (3) EUTMR payment should be considered to have bene made to the office on the date on which the amount of the transfer is actually entered in a bank account held by the Office.

According to Article 144 (b) (3) EUTMR, where payment of a fee is not considered to have been made until after the expiry of the period in which it was due, it shall be considered that this period has been observed if evidence is provided to the Office that the person who made the payment in a Member State, within the period within which the payment should have been made, duly gave an order to a banking establishment to transfer the amount of the payment, and paid a surcharge of 10% if the relevant order to the banking establishment has been given not later than 10 days before the expiry of the period for payment.

In addition, the Office may request the person who made the payment to produce evidence as to the date on which the order to the banking establishment as referred to in paragraph 3 was given and, where required, to pay the relevant surcharge within a period to be specified by it. If the person fails to comply with that request or if the evidence is insufficient, or if the required surcharge is not paid in due time, the period for payment shall be considered not to have been observed.

The present case show how important is the awareness of technical regulations related to proceedings before the EUIPO in order to avoid undesired loss of rights.