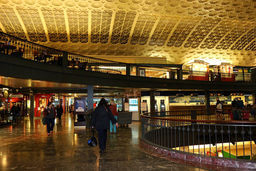 An important step against counterfeiting in fashion industry: Hilfiger and Others vs. Delta Center case (related to L’Oreal/eBay case)

It has been made an important step in the battle against counterfeiting in the European Union. The case brought from the Czech Republic before the Court of Justice for a preliminary ruling, clarified one of the provisions of Directive 2004/48 on the enforcement of intellectual property rights.

According to the ruling issued on 7th July 2016 by the Court of Justice in case C-494/15, it was confirmed that the operator of a physical marketplace may be forced to put an end to trademark infringement committed by market-traders. A similar case was decided by the Court of Justice ( in L’Oreal and Others – C-324/09 – ), but in relation to online commerce.

The present issue arose between Tommy Hilfiger Licensing LLC, Urban Trends Trading BV, Rado Uhren AG, Facton Kft, Lacoste SA, Burberry Ltd. and Delta Center a.s. The sued party, Delta Center, is a tenant of a marketplace in Prague. It offers market-traders various commercial areas situated in the marketplace. The applicants established that counterfeit goods were sold in the marketplace. As a result, they brought the case before Czech Courts. The City Court in Prague dismissed the application. During the appeal stage, the High Court in Prague confirmed the rejection of the request for an injunction submitted by the plaintiffs; so, an appeal was brought  to the Supreme Court.

The Supreme Court decided to refer two questions to the Court of Justice of the EU for a preliminary ruling:

The Court of Justice stated that the meaning of Article 11 of Directive 2004/48 must be interpreted as meaning that the tenant of marketplace falls within the concept of an intermediary whose services are being used by a third party to infringe an intellectual property right’ within the meaning of that provision.

In addition, the Court of Justice stated that the meaning of the Article 11 of the same directive must be interpreted as meaning that the conditions related to injunction against an intermediary who provides services in the phisical market are identical to those for injunctions which may be addressed to intermediaries in an online marketplace set in the L’Oreal case.

The ECJ’s ruling is a positive step in the war against counterfeit goods, in physical marketplace as shopping malls, stalls, open-air markets, etc.