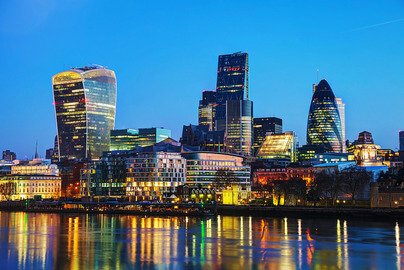 EU Trademark “REVOLUTION” is not distinctive for services in class 36.

In case T-654/14 Revolution LLC vs. EUIPO, judgment issued on 2nd of June 2016, the applicant applied for registration of the word mark “REVOLUTION” for services in Class 36 (Financial consulting; providing venture capital, development capital, private equity and investment funding; management of private equity funds). The registration was refused because the EUTM application was considered not distinctive, pursuant to Article 7(1)(b) EUTMR. The applicant appealed the examiner’s decision and the Board of Appeal (the BoA) dismissed the appeal, stating that the applied mark was not distinctive in relation to the services applied for.

In particular, the Board of Appeal held, like the examiner, that the word ‘revolution’ meant specifically ‘a far-reaching and drastic change, especially in ideas, methods, etc’. Next, it held that, in relation to the services covered, that word amounted to a promotional message in that it indicated that these were new types of services fundamentally altering the offer of those services and promising advances of benefit to their user. It held that the vagueness and imprecision of the word ‘revolution’ did not give it any originality or resonance that would make it distinctive. Finally, the Board of Appeal dismissed the argument based on the registration of similar marks comprising the word ‘revolution’ by OHIM (now, EUIPO) or the American authorities, noting that every application for registration must be subject to a rigorous and complete assessment in the light of specific criteria and the factual circumstances of the case at issue and that the EU trade mark system was an independent system.

Right after the notification of the the decision, the applicant filed an action before the General Court (GC), arguing:

The GC, after considering the case, dismissed the appeal, confirming the refusal of the Trademark.

Firstly, the GC found that the term “REVOLUTION” is laudatory, highlighting the positive qualities of the services covered, it conveys clear and unequivocal message, immediately apparent, without needing and interpretative effort from the relevant consumer. The semantic content of the word ‘revolution’ constituting the mark applied for and the link existing between that content and the services covered, considered previously, do not in any way appear to give that mark applied for any specific originality or resonance. In sum, the sign would be perceived as a promotional message.

On the second point, the GC confirmed the standard case-law according to which the legality of the decisions of the Board of Appeal must be assessed solely on the basis of Regulation No. 2007/2009, as interpreted by judicature in the EU.

Article 75 was not breached either, as the statement of reasons disclosed clearly and unequivocally the reasoning adopted by the Board of Appeal in rejecting the registration of the mark applied for and enabled the applicant to have knowledge of the reasons leading the Board of Appeal to take that decision and the GC to review it.

This decision confirms once again the strict practice being adopted by the EUIPO when it is called to decide on the registrabiltiy of non particularly original and fanciful trademarks. It must be remembered that the fact that a mark has been already protected by a foreign trademark Office, such as the USPTO, is not enough to ensure registration in Europe, as stricter criteria may be applied.

Many trademark applicants seeking protection in Europe through an EU designation in the context of an International trademark application  (WIPO application) based on a foreign registered trademark are facing refusal for lack of distinctivness / descriptiveness. For this reason it would be wise to ask for preliminary advice to an EUIPO trademark representative before applying for a new trademark in the EU, even if that basic trademark has been considered sufficiently distinctive in the country of origin.

For further info, email us here