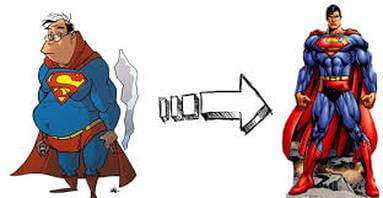 After several months of discussions and negotiations, the european institutions reached few months ago a political agreement on the European trade mark reform package and, in particular, of the Community Trademark system. This will enter into force during the spring 2016. It seems that the agreed changes will make trade mark registration systems all over Europe more accessible and efficient for companies and individuals  in terms of lower costs, increased speed, more predictability and greater legal certainty. Among the several substantial and procedural new rules, it is worthwhile noting two basic changes: i) new terminology and ii) new fee structure.

New terminology:
First of all, the name of the European trademark Office, currently ‘OHIM’ ( “Office for the Harmonization in the internal Market”) becomes ‘EUIPO’, namely, the “European Union Intellectual Property Office”. Probably a name with an easier and more direct meaning for the average user. For additional information on this change, click here  Secondly, the Community Trademark, the ‘CTM’, becomes ‘EUTM’ (European Union Trademark)  and its basic Regulation, the ‘CTMR’, becomes the ‘EUTMR’ (the European Union Trademark Regulation). Last but not least, the President of the new EUIPO becomes ‘Executive Director’ with the Vice President  as his ‘Deputy’, The ‘Administrative Board’ becomes ‘Management Board’. Having said that, we are happy to assure that _the seat of the EUIPO, the beautiful Spanish  city of Alicante, will stay the same. There are things that cannot be easily changed…

New fees structure:
So far, the CTM system has been working on a “up-to-three classes” fee structure basis, being the price of a CTM application the same irrespectively of the fact that it covered 1, 2 or 3 classes of goods and service. According to the upcoming reform, a new ‘one-fee-per-class’ system will be introduced, which means extra fees payable after the first class. This will probably limit the proliferation of European trademarks covering classes of not actual interest for the owner.  Also, there will be a moderate reduction of the application fee as well as a substantial reduction of the renewal fee (traditionally considered “quite expensive”). Finally, there will be slightly lower opposition, cancellation and appeal fees. Below, we have attached an explanatory chart of the new situation (source: OHIM):