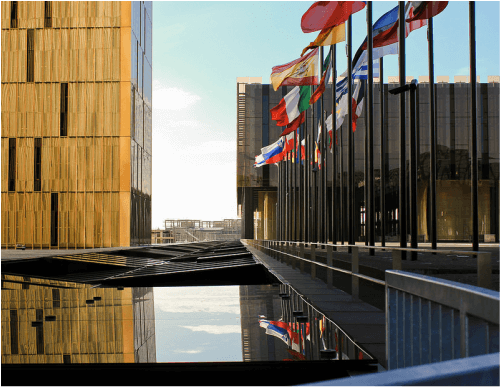 The Court of Justice of the European Union (CJUE) issued an important judgment in Case C‑99/15, interpreting Art. 13 (1) of Directive 2004/48/EC on the enforcement of intellectual property rights.

In short, according to the decision of the CJUE, all who suffered the moral damage in cases of violation of intellectual rights should be allowed to claim them together with the pecuniary damages related to the IP infringement. The decision was made in response to a preliminary ruling raised by the Spanish Supreme Court (Tribunal Supremo) regarding to an intellectual property infringement.

The case:  this preliminary ruling was issued in the context of a dispute between Mr. Liffers  and Producciones Mandarina SL ( “Mandarina”), Mediaset España Comunicación, SA (“Mediaset”) concerning an intellectual property right infringement in Spain. Mr. Liffers is a director, a screenwriter and a producer of the audiovisual work entitled “Dos patrias, Cuba y la Noche” (Two homelands, Cuba and night), which tells an intimate story about group of people from Havana. Mandarina realized an audiovisual documentary by inserting some parts of the work “Dos patrias, Cuba y la Noche” without the authorization of Mr. Liffers. The documentary was broadcasted by Spanish television, Canal Telecinco, owned by Mediaset.

Mr. Liffers filed an appeal with the Juzgado de lo Mercantil No 6 Madrid (Commercial Court No 6 of Madrid) against Mandarina and Mediaset, in which he requires to stop violations of his intellectual property rights in Spain and to ordered the payment of an amount of EUR 6.740, due to the violation of its rights of exploitation and an additional amount of  EUR 10.000 as a compensation of the moral damage allegedly suffered.

The decisions of the Spanish courts: the Juzgado de lo Mercantil No 6 Madrid partially upheld the appeal and ordered a compensation for Mr. Liffers of  an amount of EUR 3.370 to repair the damage caused by the violation and an amount of EUR 10.000 for non-pecuniary damage.

In the result of the appeal, the Madrid Provincial Court (Audiencia Provincial de Madrid) issued an order for a compensation in the amount of EUR 962.33 for material damage, and canceled entirely the  condemnation of Mandarina and Mediaset with regard to the moral damage.

In his appeal brought before the Spanish Supreme Court, Mr. Liffers argues that compensation for moral damage should be given in all cases.

The CJUE focuses its decision on the interpretation of Article 13, paragraph 1 of Directive 2004/48 and Article 140, paragraph 2, of the Spanish Intellectual Property Law.

The findings of the CJUE:
Firstly, the CJUE determined that although Article 13, paragraph 1, second subparagraph b) of Directive 2004/48 does not literally mention the moral damage as an element that judicial authorities must take into consideration, the provision should be interpreted as allowing to include in the amount also other elements, such as, where appropriate, compensation for moral damages caused to the right owner.

The infringer must pay the right holder those damages that are ‘appropriate to the actual prejudice suffered by him as a result of the infringement’. Moral prejudice, such as damage to the reputation of the author of a work, constitutes a component of the prejudice actually suffered by the rightholder.

Consequently, for the purposes of providing compensation in full, according to the Court, that rightholder must be able to seek, in addition to the damages calculated on the basis of the amount of hypothetical royalties, also compensation for any additional moral prejudice which he has suffered.