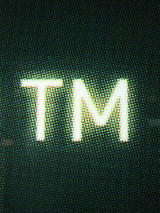 The renewal request was submitted in connection with Classes 7 and 12 only.

During the six-month period (so called “grace period) following the end of the renewal regular deadline* (see comments below), the trademark owner requested the EUIPO to add Class 9 to the renewal application.

The Office denied the request. The refusal to grant the renewal was also confirmed by the EUIPO’s Board of Appeal and the General Court.

As a consequence, Nissan filed an appeal before the Court of Justice of the European Union (CJUE). The appeal was based on Article 47 and 48 of EU Regulation 207/2009.

The CJUE concluded that it is possible to renew different classes at different points in time, before or during the 6 months grace period. In other words, there is no issue in renewing one or more classes by the regular renewal deadline and other classes during the six-months following the end of that natural deadline (the so called “grace period”). The only condition is to pay the  late renewal additional fee (“surcharge”).

The CJUE also clarified that this specific renewal procedure would not imply threads to legal certainty (basically, the ones related to information to third parties / erga omnes effects of partial renewals), first of all, because the EUIPO is in any case not obliged to register a partial renewal before the expiration of the grace period and, secondly, it is not impossible for EUIPO to “envisage, when registering such a request, information measures that would enable both the rights of proprietors of EU trade marks and the rights of third parties to be safeguarded”; in other words, according to the Court, the EUIPO is in the position to find ways to keep all interested parties timely informed on the scope of the renewals.

The main concern arising from this decision stems from the fact that the CJUE has clearly stated that the EUIPO is not obliged to register a (partial) renewal before the end of the grace period.

This is not perfectly in line with users’ interest to always have an updated view about the scope of protection of competitor’s (under renewal) trademarks. Renewals, “in an ideal world”, should be registered as quickly as possible!

* Before the EU trademark reform entered into force on 23 March 2016, renewal requests were due during the 6 month period before the last day of the month in which the mark expires. However, according to the recent reform, this has been changed and the request for renewal shall be submitted in the 6 month period prior to the expiry of the registration, namely exactly 10 years after the application date, according to Article 46 EUTMR.