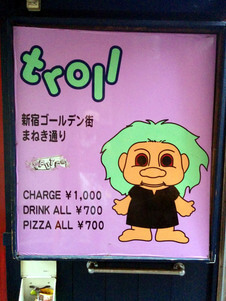 Trademark Trolls under the Xmas Tree

The term “Trademark Troll” is less used than “Patent Troll”, but trademark trolls do exist and may constitute serious challenges for trademark owners around the world.  In short, a “trademark troll” is someone who attempts to register a mark and then requests payment and/or threatens litigation against other companies adopting identical or similar marks in total good faith.

Trademark trolls can be categorized as follows:

1) Opportunistic Trademark Registrant: This one is who does not actually use or intends to use the mark but decides to register a well-known mark protected by a third party in  another country but not yet in the country of the Trademark Troll. By doing so, the troll waits until the original owner decides to use the mark in the country, and blocks this use on the basis of its “spurious” registration, generally requesting the trademark owner to pay some money in order to obtain a license to use the mark. This (unfair) practice commonly occurs in those countries where there are  no strict rules on the obligation to use registered marks, such as China. For example, it was widely reported a case involving the trademark CASTEL, owned by the French winemaker Castel Freres SAS, and the Chinese company Li Dao Zhi, which registered the transliteration of CASTEL, being “Ka Si Te”. On the basis of this registration, the Chinese company managed to block the use of “CASTEL” in China, a trademark created many years earlier by the French company.

2) “Trademark bullies“: this case is the opposite situation, where a company with a well-known mark in one or more countries, tries to extend its rights much more widely than its actual territorial and/or business scope, bringing actions against other companies using the same or similar marks in other countries and/or totally unrelated commercial sectors. It is not uncommon that, small businesses may be damaged by litigation strategies used to enforce trademark rights “beyond a reasonable interpretation of the real scope of the rights granted to the trademark owner”. These kind of tactics may well result in frivolous litigation and some time can also be sanctioned by the judicial system.

3) Suspect Trademark Users: a last troll categories is the one who claims, without solid reasons, to have used a specific mark, and threatens or brings infringement actions or opposition against any company or individual using and/or registering that mark. This practice, based on alleged prior use, is more typical of those legal systems based on common law, and/or where trademark rights are primarily based on used and not registration (e.g. the USA).

4) How to prevent Trademark Troll risks: in order to reduce the risk of falling into the trap of a trademark troll it is recommended to follow the below short guide:

– One should file its trademarks as soon as possible, not only in the country of the main business or where he manufactures the products, but also in those countries where he foresees a commercial expansion. Taking advantage of the 6 months Paris Convention priority is a good way to keep the priority date gained in one country in successive countries of filing.
– Obtaining protection on the transliteration of the original mark is also important, for example in China.
– Conducting periodical knock/out worldwide trademark searches to locate possible Trademark trolls practices.
– Keeping track of its own trademark use in “troll friendly countries” (e.g. always keeping invoices, commercial documents, correspondence with distributors, etc.) and always display in a proper way the mark as registered on products and commercial papers. This would constitute a good background evidence on prior legitimate use in case of unexpected/undesired litigation.

Instead of taking the risk and awaiting the “next troll to come”, it is always a good strategy to prepare himself by building a good shield against these unpredictable and unfair commercial behaviors.