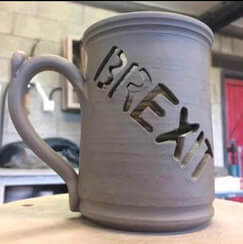 REPRESENTATION RIGHTS OF UK TRADEMARK AND DESIGN ATTORNEYS AFTER BREXIT

In the current European political situation with the need to establish an agreement that ensures and clarifies the legal situation about the relation between EU and the United Kingdom after the separation, so called “BREXIT”, the field of IP rights has his own implications.

In the current draft agreement between the European institutions and the UK government, the future treatment of Intellectual Property rights (Trademarks, Design, etc.) relating to the EU territory and the UK territory has been included as part of the negotiation once the separation happens (end of 2020). In this regard, the draft agreement specifies that the holders of registered EU trademark or Community registered design granted before or during the transition period, will have the same or similar rights and consequently the same protection in the UK.

In the present draft, however, there is legal uncertainty about the future position of UK Trademark and Design specialists when it comes to represent EU and non-EU clients (trademark and/or design holders) before the European Union Intellectual Property Office (EUIPO). Apparently, where a UK attorney was representing a party in a procedure brought before the office before the end of the transition period, they may continue to do so in that procedure after the disconnection. However, they will probably no longer be able to represent clients before the European IP Office in new trademark and design matters commenced after the end of the transition period. It will be interesting to wait and see how the situation will evolve.