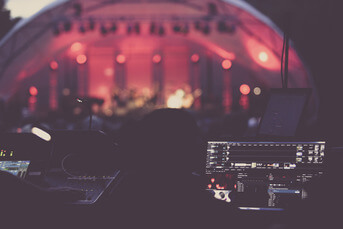 Music law is a particular field of entertainment law that involves (among others), issues such as music publishing, the management of band’s business, contracts and copyright law. The knowledge of the regulations related to intellectual property rights in the music industry  is crucial for musicians, songwriters, performers, composers, music producers, business managers, concert promoters, music publishers etc.

It is common knowledge that the musicians are extremely exposed to the danger of exploitation by the publishers of the music. In every country, musicians can become a member of specific unions and associations to protect their rights and to gain additional support for their contribution to the entertainment industry.

In the European Union, relevant acts are:

Most of the countries around the world incorporated the mentioned international regulations to their legal systems and they recommend effective tools to protect musician’s works.

The recent study of The European Observatory on Infringements of Intellectual Property Rights (May 2016)[3] shows the enormous scale of the economic impact of counterfeiting and piracy. The study shows that the problems can occur through physical or digital channels (for instance, through the purchase of fake CD’s or downloading of illegal content).

According to the main findings of said study, “the recorded music industry lost approximately EURO 170 million of sales revenue in the EU as a consequence of the consumption of recorded music from illegal sources. This total corresponds to 5.2% of the sector’s revenues from physical and digital sales. These lost sales are estimated to result in direct employment losses of 829 jobs” .

Additionally, the study points out that “if the knock-on effects on other industries and on government revenue are added, when both direct and indirect effects are considered, infringement of IPR in this sector causes approximately €336 million of lost sales to the EU economy, which in turn leads to employment losses of 2,155 jobs and a loss of €63 million in government revenue”.

The studies are important contributions to the awareness of the problem of  effective protection in the music industry.

Copyright is a form of legal protection given to many kinds of intellectual creations such as musical compositions or songs, lyrics, records (CD, singles, cassette, etc.) poems, books, films, TV shows or computer software.
In music industry, copyrights can protect both:
1.    songs (which usually consists of a melody and may include lyrics),
2.    recordings (CD, mp3, cassette, and any other recording).
Song is automatically considered as a copyrighted work. There are only two requirements to get such protection: originality and sufficient tangible form. The owner of the copyright has the exclusive right to:
1) Reproduce the work;
2) Distribute copies of the work;.
3) Perform works publicly;
4) Make derivative works (making a remix of a previous song or a parody lyric set to a well-known song).
6) Display the work,  it occurs rarely i.e. displaying the song’s lyrics and musical notation on a karaoke machine.

No one can use any musician’s work without the permission or authorization (usually it is given as a license) issued by the owner of the copyright.

Musicians can register their songs in the relevant collecting society organizations in order to be paid for their song played publicly. The paid fees are called “royalties”.
Institutions which generally pay royalties to copyright owners for playing their songs are televisions, radios, restaurants, clubs or shops etc.

A trademark is a word, name, symbol or device, or a combination of them, used by a business in commerce to identify its goods and services and to distinguish them from goods or services of others businesses.

A music band, a singer, a Disc Jockey, etcetera, may consider protecting its name or a title of a song as a trademark .

In the running of a music business, musicians should take the role of an entrepreneur, by  thinking in the medium/long term period.

Before registering the trademark, a trademark specialist as an IP Lawyer should research if the chosen band name is available in the specific country of interest.

The registration of the trademark can be national, international or regional (for example, only in Spain, for the European Union (EUIPO) or through the World Intellectual Property Organization –  WIPO). After successful registration of the trademark, it is recommended to check if the trademark is used or applied for by others, for example, a competitor in the market (e.g. another band). This can be done by activating a trademark watch service through an IP specialist, checking all new trademark applications filed in selected countries of protection. Once ordered the watch service, the owner of the trade mark receive periodical full reports of identical or similar trademarks filed by third parties. On the basis of such information, the owner can then take appropriate actions to prevent the others from using their valuable IP rights.

A design is the external appearance of a product, including its shape, configuration, texture, combinations of color, having an aesthetic value. The design can be protected nationally, regionally or through and international application with the World Intellectual Property Organization (WIPO).

In the music business, design protection may be useful to provide the owner with exclusive rights on (among others devices):
–    album covers,
–    album leaflets,
–    promotional materials,
–    artist’s representative symbols.

We invite you to follow our blog and our next articles in the music law series.

[1] http://www.ifpi.org/news/IFPI-GLOBAL-MUSIC-REPORT-2016
[2] “Value gap” is a gap caused because of circumventing the normal rules that apply to music licensing; it’s using by some major digital services.
[3]https://euipo.europa.eu/tunnel-web/secure/webdav/guest/document_library/observatory/resources/research-and-studies/ip_infringement/study7/Music_industry_en.pdf
blog No Comments