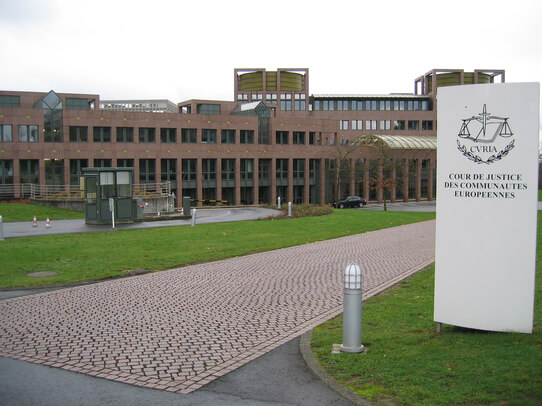 EU Trademark licences do not need to be recorded for licensees to pursue infringment actions.

According to the European Trademark Regulation, a licensee of a European Union Trademark (“EUTM”, formerly CTM), may bring proceedings for infringement only if he has the authorization of the licensor/owner of the mark. This License may be entered in the European Registry by request of either parties.

In a German trademark dispute, Mr. Youssef Hassan  challenged a court decision that ordered him to destroy goods that infringed european trade mark rights on the sign “arktis” exercised by the German company Breiding Vertriebsgesellschaft and to pay the corresponding damages .

Breiding had a licensing agreement with the owner of the ‘arktis’  trade mark contemplating, inter alia, Breiding’s capacity to “assert, in its own name, rights arising from infringement of the trade mark”. In this context, a court in Düsseldorf asked the Court of Justice of the European Union to confirm whether Breiding was entitled to bring infringement proceedings against Hassan since it had not registered its license in the corresponding Register. This point was not clear to the referring German court, also because, according to a Spanish judge, ” the licensee can invoke rights vis-à-vis third parties only after the licence has been entered in the Register”.

The Judgement of the CJEU is interesting because finally clarifies a practical aspect of European trademark litigation not expressly governed by the EU Trademark Directive.

It is worthwhile noting that The CTM Regulation, when it deals with trademark transfers (not licenses), expressly establishes that “as long as the transfer has not been entered in the Register, the successor in title may not invoke the rights arising from the registration of the Community trade mark”. However, this principle is not mentioned when it comes to licenses. This shows that the Court’s rule takes a correct approach also from a systematic standpoint.

By expressly recognizing the right of the “non-recorded” CTM licensee to bring infringement actions against third parties, the EU Court not only guarantees the licensee’s trademark rights as laid down in the license agreement but also safeguards the interest of the licensor, who is still the owner of the trademark, against the infringers.

As explained above, the referring Dusseldorf Court mentioned that a Spanish Court had previously “taken the view that the licensee can invoke rights vis-à-vis third parties only after the license has been entered in the Register”. In this respect, it must be taken into account that national EU trademark legislations and practices, such as the Spanish one, coexists with the EU Trademark system , tending to substantial harmonization, but may still differ in many practical aspects , always within the limits and principles of the EU Trademark Directive.

Important:  irrespective of the present CJEU’s decision, it is always a very good idea to ​record  all trademark licenses and assignments in the corresponding registry.