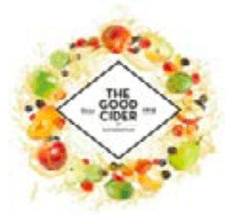 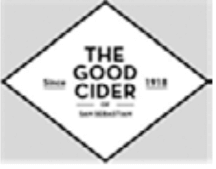 The distinctive character is, among others, a specific requirement to be met in order to proceed with the registration of European trademarks (EUTM) as established in the European Trade Mark Regulation (No. 2006/1001).

In particular, the lack of a distinctive character will be considered when the elements of the sign convey the characteristics of goods and/or services applied for or are just common in connection with those goods and services. Therefore, the assessment of distinctiveness is based on the connection between the goods/services and the meaning of the elements composing the trade mark application.
​
The importance of the trade mark elements in the distinctiveness assessment can be observed in case R 1124/2019-4, where the following trade mark was applied for as EUTM before the EU IP Office: “THE GOOD CIDER OF SAN SEBASTIAN SINCE 1918”, and was turn down due to the descriptive nature of the verbal elements in connection with the claimed goods (cider), leading to a lack of distinctiveness decision. According to the examiner, the figurative elements, that is, the rhombus, the grey box and the letters stylization/size were common and unable to offset the meaning of the verbal elements. Indeed, the Board of Appeal agreed to the examiner’s conclusions and stated that the sign “conveys obvious and direct information about the goods in question for the English-speaking public, namely a message indicating that the goods comprise good quality ciders originating from San Sebastián, which have been prepared and sold since 1918”. In this respect, the stylization and size of the letters along with the rhombus did not suffice to divert the public’s attention away from the descriptive message of the sign due to its common use on the market.

According to  the Board of Appeal, where the wording may convey the characteristics of the goods and/or services, the mark could be accepted insofar the consumer needs to make an intellectual effort in order to identify the meaning of the word elements in relation to the goods applied for (15/5/2014, T-366/12, Yoghurt-Gums, EU:T:2014:256&31).

Having said that, a new application of the same mark was submitted, this time, adding a circle made of different fruits and colours around the alleged descriptive verbal elements (case R 1125/2019-4). In this case, it was considered that the sign was distinctive due to this particular figurative element which was found eye-catching, and “sufficient to divert the relevant public’s attention away from the descriptive nature of the word combination in the overall impression of the sign”.

In conclusion, it should be borne in mind whether the wording and other devices are meaningful in relation to the goods and/or services applied for, and if the weight of additional figurative elements may avoid any provisional ex-officio refusal based on the lack of distinctiveness.  Any striking and eye-catching element might increase the chances of continuing the registration process. However, when the words are clearly descriptive, simple figurative / coloured elements can be not enough to confer distinctiveness to the trademark. Also, the fact that the same trademark was already granted in some other counrty (e.g. USA) does not necessarily mean that it will be registered in the EUIPO, office particularly strict when it comes to decide on Trademark  distinctiveness.

All in all, before filing your trademark in Europe, it could be useful to consult an EU trademark attorney.