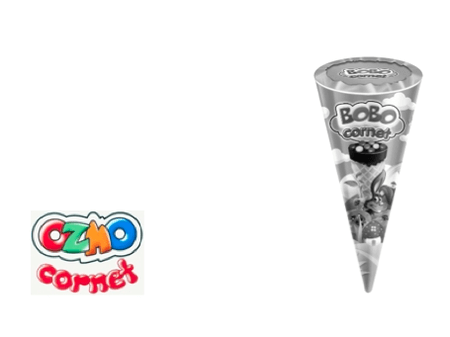 Conflict between an earlier Trade Mark and a Community Design Registration

Case T-794/16 presents a conflict between the earlier International trade mark No. 1 148 957 (depicted above on the left), covering goods in Class 30, namely, “Cocoa, cakes, chocolates, chocolate creams, cakes with cocoa milk, chocolate cream”, and the later Community Design registration No. 0002343244-0001 (depicted above on the right) registered for “Ice cream cornets [edible]” in class 09-05 of the Locarno Agreement.

An invalidity action was filed in 2014 on the grounds of Article 25(1)(e) and (f) of Regulation No 6/2002, by the holder of the earlier International trademark designating inter alia Bulgaria  against the later Registered Community Design, incorporating the earlier registered industrial property trademark.

The Invalidity Division rejected the cancellation action in first instance; subsequently, an appeal was brought before the Board of Appeal the same year, which was dismissed in 2016, in both cases concluding that there was no likelihood of confusion between the earlier trademark and the younger registered European design.

The General Court of the European Union issued a decision on February 7th2018 reversing the decision of the EUIPO (Cancellation Division and board of Appeals), by concluding that there was a likelihood of confusion between the earlier trade mark and the contested registered european design. The General Court considered that the signs at issue were visually, aurally and conceptually similar to an extent that the differences could not offset the similarities.

The first relevant argument in this matter appears in the assessment of the relevant public, where the General Court established that the packaging in the form of a cone portrayed by the contested design is not intended to be sold or used separately from the goods that it contains, namely ice cream, being this directed at the general public in Bulgaria, and not only to professional public as stated by the Board of Appeal.

A key argument relating the comparison of signs laid on the fact that the element “cornet” did not play a negligible role in the overall impression conveyed by the contested design due to its position and size, especially since the general public does not have the same meaning for the word “cornet” in their culture as the one used to define such word in English, refuting therefore the lack of distinctiveness of such element stated by the Board of Appeal. Furthermore, whether the sign is composed of a combination between figurative and word elements, the General Court pointed out that the word elements are the ones that attract relevant public’s attention the most on account of the imperfect image the relevant public has to rely on, which would make them recall the words rather than the images.

Likewise, when assessing the conceptual similarity, the General Court refers to the previous argument as the English meaning of the word “cornet” does not exist in Bulgaria, together with the fact that not all Bulgarian public understands English, which implies that the signs are conceptually similar only to the part of the public who understands English.

This new analysis given by the General Court on the element “cornet” adds a new perspective to a matter that was previously ruled under the same criterion by two European instances. This assessment reflects how much the overall impression is of importance, attending all the dominant and negligible elements, and how European provisions should be interpreted in future similar cases.