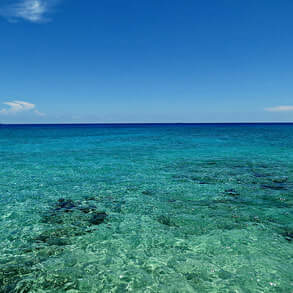 CAN YOU REGISTER AN INTERNATIONAL MARK IF YOUR BUSINESS IS LOCATED IN THE CAYMAN ISLANDS?

Whether you run a start-up or you already have a solid business and would like to expand it overseas by registering your trademark internationally, there are specificities when the enterprise is located in the Cayman Islands.

The Cayman Islands are not contracting party of the so called “Madrid Protocol” for international registration of marks.

The “Madrid protocol” System, administered by the World Intellectual Property Organization (Wipo), makes it possible to protect a mark in a large number of countries by obtaining an international registration that has effect in each of the designated Contracting Parties, centralizing all the filing process in one office (the WIPO), instead of going country by country, paying filing fees to different accounts, and talking with different trademark lawyers around the world.

In that context, there is a route for a business based in the Cayman Islands to submit an international application under the Madrid Protocol and enjoy its administrative benefits.

First of all, a basic national trademark should be filed in the name of the Cayman Island entity in a Madrid Protocol contracting state or region (for example, the European Union – EUIPO, Spain, etc.), provided that the Cayman Island company has some corporate/commercial link with that country (e.g. for example, a real and operating commercial establishment in that country) ,  secondly,  base the WIPO international application (along with all country designations where to obtain registration) on that basic national trademark. IMPORTANT: it is necessary to indicate in the WIPO trademark application an address in the contracting state where the Cayman island has such  real and effective industrial or commercial establishment.

If the company is unable to meet said requirements, for example because it has no corporate links outside the Cayman Islands, the Madrid Protocol cannot be used, and the only alternative to protect its brand internationally would be to apply for as many national trade marks as of interest for the company, each of them being subject to the competence of the IP Agency  of the country concerned.

In conclusion, there are concrete requirements which would allow registering an international trade mark under Madrid Protocol to a company based in the Cayman Islands (or in any other country not part of the Madrid Protocol, for example, Hong Kong): i) having a physical  establishment in a contracting party, commercially linked to the Cayman islands entity and ii)  a basic trademark filing in that country.

If these requirements are not met, the alternative is to submit several national separated trademark applications in the name of the company with the national IP offices of the countries concerned. The latter, being a more time-consuming option, is sometime the only way for overcoming the strict requirements set up in the Madrid Protocol, but essentially offers the same result in terms of international trademark protection.

In case your Cayman Island company cannot use the Madrid protocol for International registration of marks, and so it cannot enjoy all the benefits offered by said centralized filing system, you can still rely on the service of a sole trademark attorney based in your country or abroad (for example, in the European Union) doing the job for you, centralizing and coordinating all the filing work with its trademark agents network around the world, and being your only point of contact. This will make the filing process easy and much less burdensome, until the desired outcome, which is the international protection of your brand. For more information, you can write here.