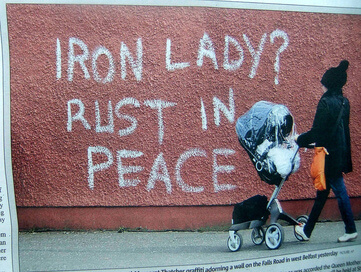 The term “Brexit” is an abbreviation of “British Exit” and refers to Britain’s hypothetical  departure from the European Union. This post is not intended to enter into a discussion on the likelihood of this occurrence but rather we will analyze the possible implications for trademark owners, at UK and EU level, should the “BREXIT” occur. We also offer some practical recommendations.

The EU Trademark Regulation set out provisions in relation to the expansion of the European Union, and thus the implications on EU Trademarks (formerly, “CTMs”), in relation to new members (as we have seen with Bulgaria, Romania, Croatia, etc). However, the legislation and the corresponding regulations do not contain any provisions regulating the opposite scenario: a country leaving the EU.

According to EU Trademark legislation, an EU trademark has a ‘unitary’ and ‘equal’ effect throughout the whole Community, and only in the Community. It cannot, for example, be sold for only part of the Community, or purport to give rise to rights in a non-EU Member State. Thus, European Trademarks (presumably) would no longer guarantee legal protection in the UK in the event of a BREXIT, unless new UK and/or EU legislation is passed in order to rectify the situation.

Furthermore, according to Art. 93.1 of the European Trademark Regulations, representation of natural or legal persons before the EU Trademark Office “may only be undertaken by a legal practitioner qualified in one of the Member States and having his place of business within the Community, to the extent that he is entitled, within the said State, to act as a representative in trade mark matters“. According to this wording, in principle, a UK Trademark Attorney would no longer be entitled to represent Trademark (and Design) owners before the European Trademark Office after the possible exit. This would not be totally unreasonable taking into account that, for instance, a Swiss trademark attorney is not currently entitled to offer European Union Trademark Representation services, because Switzerland technically is not an EU Member State.

The EU Trademark is an EU project and EU institutions are empowered to promote internal market objectives; therefore, the above scenario cannot be ruled out.

It would also seem unlikely that the UK Government would renounce its sovereignty in the Intellectual Property field allowing an EU trademark to be extended to the UK territory in case of “Brexit”.

Based on similar past situations (e.g. when Ireland left the United Kingdom in 1921), we believe it is possible that some sort of ‘transitional provisions’ (TM conversion or re-application) would be implemented via UK or EU legislation, allowing trademark owners to apply for UK national trademarks, retaining the acquired rights (basically, priority rights on the original EU filing date) in the new UK trademark.

However, this possible scenario could result in extra fees for trademark users interested in retaining protection in the UK, particularly those who own substantial trademark portfolios in Europe.    .

It is worth noting that we have sought further guidance and clarification on the present topic from the relevant institutions (EUIPO and the EU institution) without success.

In our view, for the time being, it is not necessary to take any specific action in relation to this merely hypothetical scenario. The present discussion may currently have academic relevance only. For example, at this stage we do not consider it to be necessary to request double trademark protection in the EU and the United Kingdom. In any event, one could file an EU trademark and then take advantage of the subsequent 6 month period arising out of the Paris Convention Priority Right (which would apply in any case) to have time to decide what to do.

However, as a practical recommendation, it would perhaps be wise for trademark owners to monitor the situation and maintain their UK registrations in force, avoiding  (at least until the possible referendum) claims for seniority of those registrations within their EUTMs. For more information regarding the concept of seniority, please contact us here).

Disclaimer: this article is not legal advice but general information only.