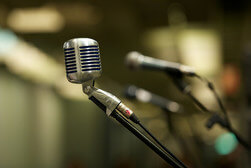 The icon band Led Zeppelin has been involved in a plagiarism lawsuit since 2014. On July 23,  musicians Jimmy Page and Robert Plant appeared in the court in Los Angeles to defend their song ‘Stairway to Heaven’ from accusation of plagiarism.

The action was taken by Spirit, a band from Los Angeles claiming that the guitar introduction to their instrumental track Taurus, written in 1967 (so before recording Stairway to Heaven in London in December 1970 and January 1971), was a rip-off.

The lawsuit was issued by Michael Skidmore who is a trustee of the Spirit’s guitarist Randy Wolfe called as “Randy California” who has not taken any legal action related to the issue.
The members of Led Zeppelin submitted a testimony to the court. They attended a filmed depositions and the trial in Los Angeles.

The judge states that the two songs have a similar base line and rejected the argument that it is too late to file a lawsuit because of the remastered version of Stairway to Heaven” published on 2014.

However, the Court finally decided that the plaintiff did not prove that the hard rockers lifted the song’s intro from Spirit’s 1968 instrumental “Taurus.”

IP LAW BACKGROUND: The most important issue, which is clearly visible in this case, is particularly evident in music sampling. A sample is a use in a new composition of portion of a song prior recorded, the key to use it in a fully legal way, is that the user has to obtain a permission from all copyright holders. Otherwise, the two kinds of copyrights can be infringed, the sound recording copyright (usually owned by the record company) and the copyright in the song itself (usually owned by the songwriter or the publishing company). If musicians want to use a sample legally, they must obtain permission from the copyright owner. The copyright owner is usually a publishing company or record label. The essential is to remember that musician must obtain permission from both the owner of the sound recording and the copyright owner of the underlying musical work. The fee for a license to use a sample can be various.